SPACs: Are You Really Ready To Commit?

Special Purpose Acquisition Company (SPAC) transactions are on a meteoric rise. In 2020, there were approximately 250 SPACs that, combined, raised $76 billion and made up almost half of all Initial Public Offerings (IPOs) for the year. These figures are notable on their own, but even more eye-catching when considering there were only 10 SPAC transactions in 2016, and 2019 saw only 56. So why now?

There are clear reasons SPACs have become so attractive. For one, they can offer companies an accelerated timeline to go public with potentially lower starter cash outlays than a traditional IPO. SPACs can also help to avoid the S-1 filing process, which can take months, steering clear of market delays and earning a quicker SEC review. SPACs also bring upfront pricing certainty as they forgo the traditional IPO pricing process, although the PIPE fees charged by the promoters can come close to those charged by underwriters in an IPO. Finally, regulators have become more comfortable with SPACs, leading to increased activity in capital markets. 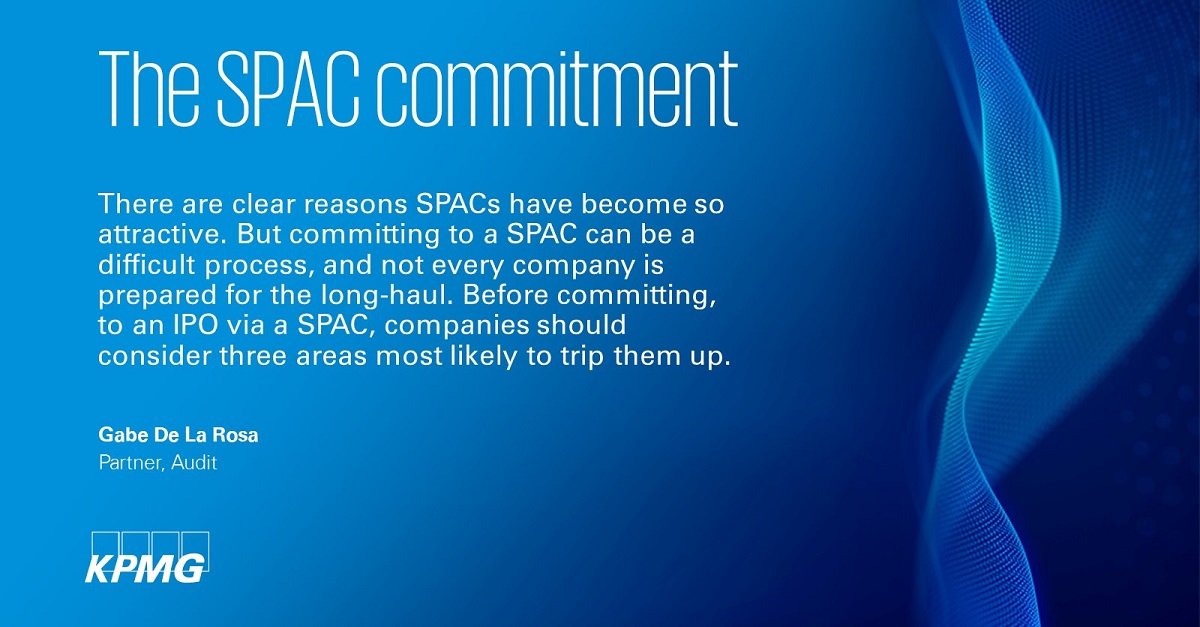 There are a number of options to raise capital available, so companies should be fully prepared before committing to the SPAC route. For more information on the challenging world of SPACs, visit the KPMG SPAC Intel Hub.

For more information or to arrange an interview with Gabe de la Rosa, contact Libby Langsdorf.

KPMG is a firm with a history of doing great work and making a difference.