Advisory Partner Dean Bell was raised by a single mom who taught him the value of hard work. So when he started running, he approached it with the same intensity, focus and passion that has made him a role model at KPMG, at home, and in his community.

“Being able to put my passion into doing something good in the community is the reason that I run,.” says Bell.

Since he began running marathons in 2011, Bell has completed 24, with elite finish times hovering near three hours. And, he does it for a cause: he raised more than $20,000 to benefit Team for Kids in the 2018 TCS NYC Marathon last Sunday, November 4..

“For those who don’t know," Bell says, "I was one of these kids growing up and I wanted to do my part to give back.” 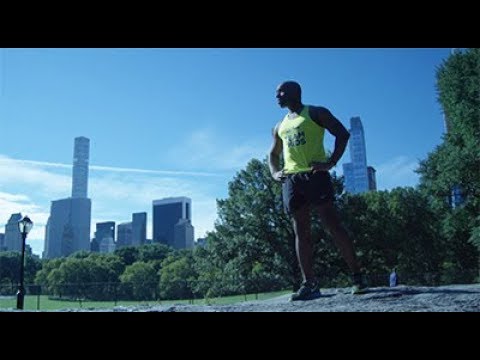 With the help of his KPMG family, Bell has raised more than $20,000 through the 2018 TCS NYC Marathon and more than $68,000 total to support Team for Kids. He’s been featured in the New York Times for completing the World Marathon Majors.

About the Voices series

Through heartwarming and personal testimonials, Voices is a series that tells stories of how KPMG people are making a difference in their communities. For more information, please contact Rebecca Rickert on KPMG's Corporate Communications team.

Our Corporate Citizenship Report highlights how our people make a difference.