Although capacity restrictions are trending in the right direction, a welcome sight for the sports industry, this has not come without hurdles in the reopening process. The biggest challenge is mask enforcement. In our new sports reality, it is not uncommon for more fans to be ejected for not wearing a mask than for excessive drinking. In multiple cases, teams have needed to stop selling concessions, such as popcorn and peanuts, as fans would leave their masks down as they walked the concourse while eating. Teams have been creative about leveraging staff, utilizing signage and other means to remind fans to wear masks and increase compliance with all necessary health and safety guidelines. 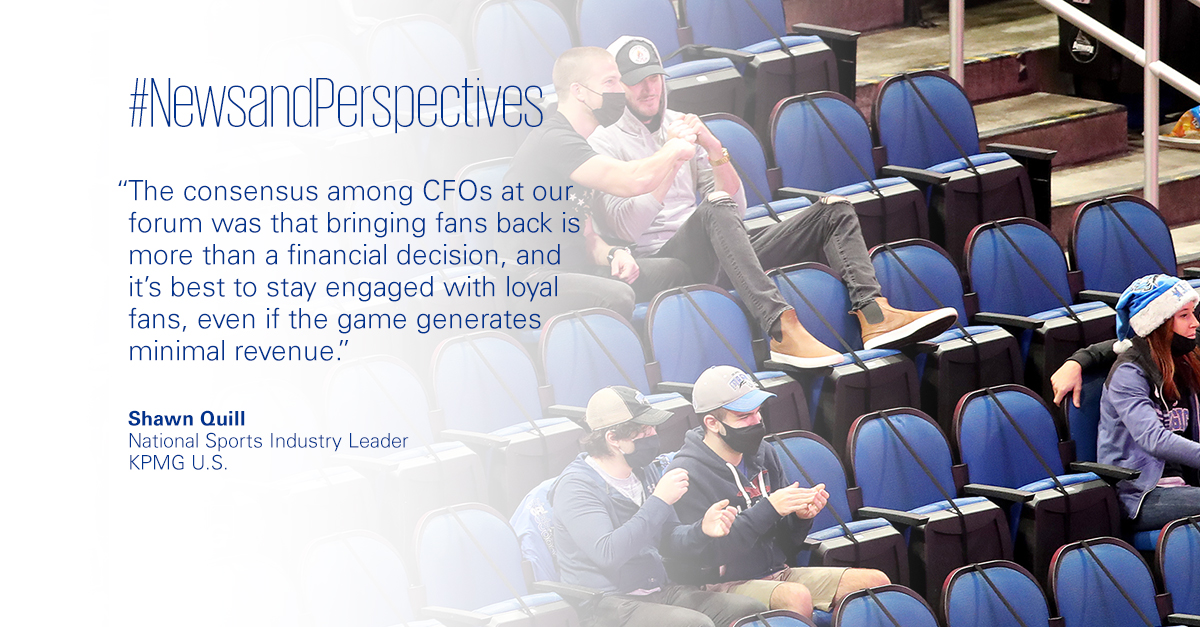 These were among the insights shared by six CFOs from professional football, baseball, basketball, hockey and soccer teams. They recently gathered virtually with KPMG for the second in a series of forums to share leading practices and discuss what’s top of mind in 2021. Among the top challenges and focus areas are the following insights:

Overall, many of the new policies and protocols instituted due to the pandemic may prevail as new best practices going forward and set the foundation for a sustainable return to sport that is more resilient than ever before.

To arrange an interview with KPMG’s Shawn Quill, please contact Mike Alva. You can read more KPMG insights on the sports industry here.