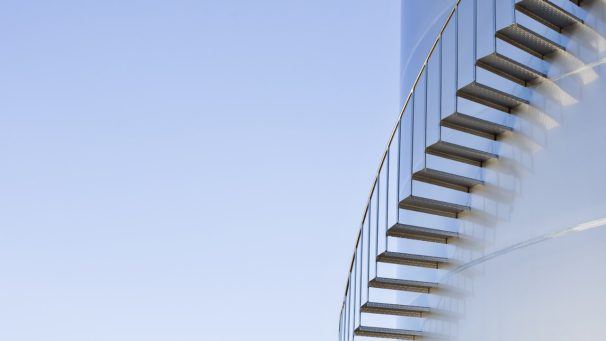 How KPMG is helping Puerto Rico get back on its feet

What does it take to regroup after a massive natural disaster? For starters, abundant grit and a determination to stick with clients through thick and thin.

What does it take to regroup after a massive natural disaster?

According to KPMG’s team in Puerto Rico, it requires emergency resources, mutual goodwill, abundant grit and a willingness to stick with clients through thick and thin.

Months after Hurricane Maria decimated the Puerto Rico, KPMG’s San Juan office leaders are reviewing the lessons learned from the catastrophe. And among the biggest revelations is the importance that proximity and continuity can have. By staying nearby, available and fully engaged after an emergency, more is accomplished in the short term and stronger relationships are forged in the longer term.

Recalls KPMG San Juan Office Managing Partner Ernesto Aponte of the weeks immediately following the storm, “We were still operating because many of our clients were.”

In fact, as client companies – many of which were essential to the island’s recovery - took on greater challenges in the wake of the storm, KPMG’s work became ever more essential.

We were determined to take care of our people and their families, as well as to serve our clients. We never doubted we would accomplish both.
– Ernesto Aponte

"We were able to assist three different companies, including one of the power companies working to restore power, and the others helping FEMA (Federal Emergency Management Agency) with other work. So we were right in the middle of it,” KPMG Tax Partner Carlos Molina said.

Molina and his clients worked shoulder to shoulder to help heal an island where nearly 4 million people were left without power, water and essential resources. The act of witnessing and responding to public needs together forged a stronger relationship.

He adds that KPMG’s presence during the disaster helped deepen relationships with clients. “ “Having conversations and sharing the stories was important,” he said. “We could relate and knew what we were talking about, especially since we all had the same difficulty getting fuel, food and other things.”

Facing a dire situation, with limited power, water and utilities, leaders from throughout KPMG quickly convened a virtual crisis management SWAT team that considered a previously unprecedented idea – to transport entire teams to the American mainland.

The plan, underwritten by KPMG’s Disaster Relief Fund, provided a private chartered jet and weeks of emergency accommodations that made it possible for fully half the office’s population – 44 employees and their immediate relatives and pets – to resume their work in other locations.

“As the engagement partner on the audit of the Commonwealth of Puerto Rico I never thought my or my family would leave the island,” Office Leader Aponte says.

Molina also determined that his client needed him on site.

“But knowing that there was a helping hand within KPMG, assisting to get everyone to a level where they would feel safe and comfortable, clearly did play a big role, in my view, in keeping focus on the clients,” he says.

The return to normalcy

As power gradually (and partially) returned, many of the temporary exiles began trickling back. Most KPMG San Juan employees reconvened for the annual KPMG San Juan office Thanksgiving celebration. By December, holiday events were fully attended and the site was open and operating at full strength after the holidays.

As the New Year began, a tragedy that had claimed as many as 500 lives throughout the commonwealth left KPMG employees relatively unscathed, with no serious illnesses, no injuries and virtually no interruption in client service.

It did, though, leave an indelible mark on the firm. Clients and consultants are closer than ever, disaster plans are mandatory and internal information is scrupulously maintained.

“We have to always ensure that our information and identification – passports, drivers’ licenses, emergency numbers, and active credit cards – are accurate and up to date.” says Aponte.

Adds Molina, “I believe the whole business community did learn a lot from this event.”

The 55-acre learning, development and innovation facility in Florida will be able to accommodate 1,000 people at a time in a four-star environment.
More

KPMG: Motivating employees through a deeper sense of purpose

Rise of the humans