How talent will lead the way for the future of technology innovation hubs, yet maybe not in Silicon Valley

Throughout the pandemic, we’ve seen people leaving major cities for more space at a lower cost, among other factors. The new workforce paradigm is enabled by a solid digital infrastructure, but there’s still a need for physical workspace that enables collaboration and innovation – yet maybe in different locations than before.

According to more than 800 global technology company leaders surveyed in our annual Technology Innovation Hubs report:

As we look to the future, one thing that’s clear is questions remain about the long-term composition of the workforce. Will employees stay remote? What does a hybrid model look like? Where will talent come together and innovate in the future? With only 32% thinking it’s not likely the innovation center of the world will move from Silicon Valley, there is 68% who feel it is likely (or neutral) that it will move. These leaders provided some clues on where:

At a country level, 27% of respondents suggested that the United States shows the most promise for driving innovation and developing disruptive technologies. 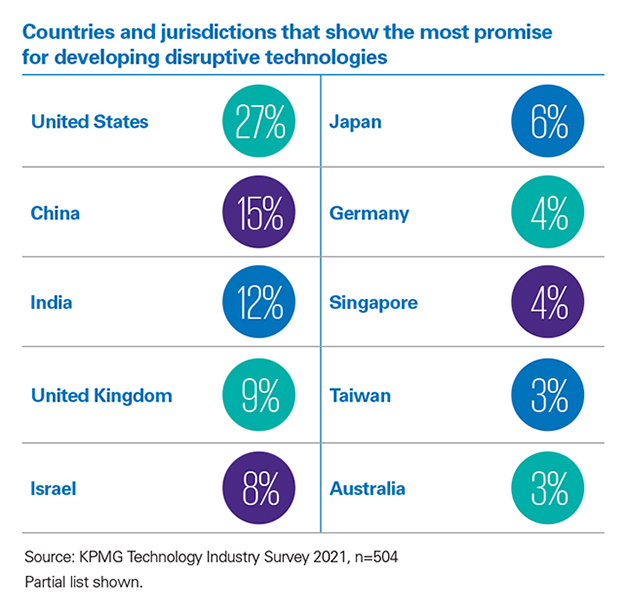 As the world re-opens following the pandemic, we’re starting to see a change in the mix of flexible work arrangements emerge – including hybrid and remote options – but one thing is certain: technology leaders are following the talent and will consider investing in the cities that attract them.

We’ll be watching to see how this plays out, but the pandemic is creating a potential re-shaping of technology hubs worldwide.