Technology and the world’s biggest stages

The other day, I watched the incredible replay of the 100m women’s final at the 1992 Barcelona Olympic Games. The top five sprinters finished six one-hundredths of a second apart. It was the closest track race in Olympic history. Imagine the potential confusion and controversy if only stop-watches and hand-eye coordination determined the winner. It was this way before fully electronic automatic timing equipment was introduced at the 1964 Tokyo Olympics. This new technology Seiko developed and unveiled for the first time in 1964 recorded results down to one one-hundredth of a second. This allowed Bob Hayes to register a record-setting threshold of 10 seconds flat in winning the gold medal in the 100m sprint, changing the landscape of sports forever.

This technology innovation showcase in front of a worldwide audience helped launch Japan onto the global stage in timing equipment, wristwatches, and consumer appliances and electronics. It also changed the global perspective on how accurately we could time and measure almost anything going forward. Other innovations introduced at these so-called “scientific Olympics” included satellite and color broadcasting, the first commercial monorail, and the launch of the high-speed bullet train, which to this day remains a symbol of Japan’s technical prowess. 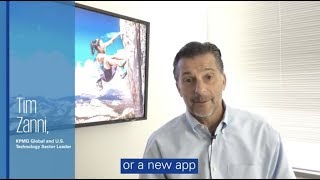 However, simply developing a new technology or revolutionary app doesn’t automatically equal success. There needs to be a tipping point to quicken mass awareness and adoption. Today, global sporting events and their ecosystems are the prime showcases for testing, launching, or accelerating the rollout of new technology and innovation. Spectator and fan access has never been easier. The whole world can tune in across a variety of social, mobile, and streaming platforms and access content 24/7. We are now entering the latest cycle of global events with the 2018 and 2020 Olympic Games as well as the upcoming soccer and rugby World Cups. Emerging technologies expected to be showcased include 5G networking, virtual reality, holograms, artificial intelligence, robotics, autonomous vehicles, Internet of Things, drones, and ultra-high-definition (UHD) broadcasts, among others

And host countries are not the only ones developing the new technology. Innovation now comes from anywhere at any time, from China’s drones to Japan’s self-driving cars to Estonia’s digital society. Silicon Valley doesn’t hold the patent on innovation any longer. In KPMG’s Global Technology Innovation Hubs report, four cities in China (Shanghai, Beijing, Shenzhen, and Hong Kong) as well as Tokyo, London, Singapore, Seoul, Bangalore, Tel Aviv, Berlin, Sydney, and Toronto ranked as global up-and-coming hubs for tech innovation. Within the United States, New York, Boston, and Chicago were identified as tech innovation hotbeds outside Silicon Valley.

In subsequent editions, I’ll take a look at these leading-edge technologies and explore their potential impact in both the host country and worldwide. I’ll also examine how high-profile global sporting events can help accelerate certain technologies to reach the tipping point for society-changing mass adoption.

How technology and sports change the world

The pinnacle of sport is driving the promise of AI

After the Winter Olympics, where does 5G go next?